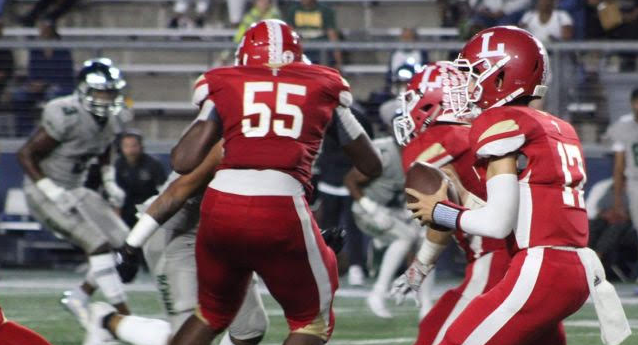 What Class of 2023 quarterback Carson Conklin did during the 2019 season was beyond impressive. The 6-2, 170-pound, gunslinger went against arguably the toughest high school football conference competition in the nation and held his own. The ceiling for Conklin seems to be in the stratosphere, and what comes next is up to him.

Perhaps some context is needed to put into perspective what Conklin accomplished during the 2019 season. First and foremost, he ended up replacing four-star 2019 quarterback Ryan Hilinski, the starting quarterback for South Carolina – no pressure. Going against teams in his league, he faced the No. 2 team in the country, Mater Dei, and the eventual California and national champs, St. John Bosco. Mater Dei had the No. 1 rated senior dual-threat, Bryce Young, an Alabama signee, and Bosco had the top-rated pro-style QB, DJ Uiagalelei, a Clemson signee – both rated as five-star prospects. Worth noting that both Mater Dei and St. John Bosco are loaded with five-, four-, and three-star talents at each and every position. The rest of the teams in the conference are no cakewalk either. Servite was No. 10 in-state (MaxPreps), JSerra Catholic No. 13, and faced a rising Santa Margarita Catholic team filled with underclassmen that will be on college boards across the country in the coming months. The schedule also included Centennial High School, the 20th ranked team in the country and Narbonne – the 8th ranked team in California.

Given the context of what Conklin was facing, all he did was throw for over 720 yards with three passing touchdowns and carried the ball 23 times for 130 yards with a score in an estimated stat line over parts of nine games played. By Week 3 of the season, Conklin was in position to become the Lancers’ starting QB, the first freshman in school history to accomplish the feat, and carried a 4.0 GPA in the classroom through the baptism by fire.

Conklin’s play, as one might expect, is attracting next level attention already. TCU, Nevada, New Mexico, and South Carolina are a few of the schools showing interest with planned visits ahead to TCU, Nevada, and an LSU visit/camp this summer scheduled.

In an RNG exclusive interview partnered with QB Hit List, I got a few minutes with Conklin getting the inside scoop on how he handled the task at hand during his freshman season while getting a look ahead at his offseason workout goals.

Carson, I am impressed with what you were able to do as a freshman with OLU during the 2019 season. Did you know going into the season that you would be getting varsity reps at some point?

“Yes, sir. I did. I knew early on in the offseason that I would be competing for a starting job.”

During the season, how did you prepare for each game?

“It took hard work and preparation. It was going over the game plan with my coaches and getting on the same page with them and my teammates, going over it and over it making sure I had it down by game time. The scouting report, watching film – knowing which plays would work against the different defenses, there was a lot of preparation into each game.”

What base offense did you run with the Lancers in 2019?

The mental part of your game had to grow by leaps and bounds. What were some of the things you learned during the season that has made you a better/smarter quarterback?

“I learned which personnel works against different defenses. In the Trinity League, every team has a star player on defense. I learned how to attack that star player with our offense. I should give props to my line. Having some size and experience on the line definitely helped me develop as a quarterback.”

The arm strength you have for your grade classification is far above the grade. What were some of the routes you were hitting within the offense last season showing off that arm?

“We ran mostly quick stuff, slants, outs, key screens, and some deep balls – big posts, fades, and stuff like that.”

You can scoot down the field when needed. How did you dual-threat talents improve during your freshman campaign?

“It improved a lot. As I was learning the speed of the game, I had to increase my speed. Once they knew I could run, that opened up the passing lanes. We used that against them during the season.”

When did everything start slowing down for you?

“I would say Week 3 or 4. After we played Centennial, I knew I could compete. I took some shots in that game. I got used to it really fast.”

Which game was your top varsity contest?

“Maybe the Centennial game. That was my first varsity game; I threw for 220 yards, threw a couple of TDs, took some shots, and showed toughness. I got better overall in that game.”

With the experience of the season at the varsity level under your belt, what will be the focus of your offseason workouts?

“The focus is to put on some weight, get bigger in the weight room, continue to train with my QB coaches, watch film and continue to learn the game.”

When are you going back on the field to throw with your receivers?

“I have been throwing over the offseason. When they are available, I am available.”

Carson, thanks for your time today and good luck with your workouts through the winter and spring months.