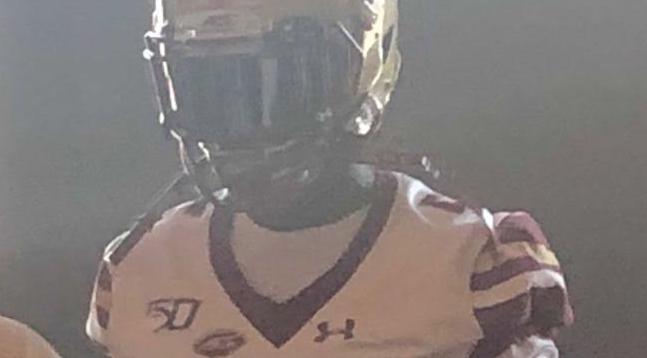 A freshman quarterback at any level getting the starting nod going into a season is impressive. The scale of notable accomplishments for said freshman rises with accomplishments produced on the field. For Class of 2023 three-star dual-threat William Watson, he got it done with his arm and his legs with a trophy for Springfield Central High School to show for his efforts.

The baptism by fire for Watson was quick. The Golden Eagles won their first game, lost the next two and then went on a run against 2A competition topping Duxbury for state honors. As the season went along, the 5-11, 165-pound, rising star came to life completing 122 of 200 passes for 2,378 yards with 31 touchdowns against just four interceptions. On the ground, Watson rolled for 334 yards off 55 carries with seven individual trips into the end zone.

With such a bright future ahead, and tremendous upside to his game, Boston College and Massachusetts have jumped on the Watson bandwagon extending offers. Those offers should gain more friends during the camp season with Watson ready to showcase what he can do for college coaches throughout the summer.

In an RNG exclusive interview partnered with QB Hit List, Watson broke down his game for me and provided insight to the beginnings of his recruiting process.

William, your accomplishments on the field already are worthy of high praise. Very few freshmen quarterbacks throw for over 2,300 yards with 30-plus touchdowns and rush for another 300-plus with seven more scores. Additionally, even fewer win a state title. Congratulations.

Going into the 2019 season, how did you prepare for taking on varsity competition?

Your game had to grow by leaps and bounds. What were some of the things you learned over the course of the season that have helped improve your overall game?

“Things will happen during the game; you can’t let it bring you down. Not everything will go your way, I have to make sure I come out on top.”

With the live game reps, how did your physical attributes as a QB grow?

“I can get faster, but I felt like my speed grew along with my arm strength – I can throw it far, but it is not good enough for me. Reading defenses is another part of my game that improved.”

Which game was your best personal performance in 2019?

“For me, every game was a best performance. If I had to pick one, I would pick the Central Catholic game.”

Before playing Duxbury, what was your mental status? Nervous, excited…

“I wasn’t nervous or excited, I approached it as just another game. Things will go wrong, I looked at it as another game and I gave it my all. I put it all on the line. I was really confident. I’ve been in that situation before.”

Late in the fourth quarter when the game was wrapped up ahead of the 38-13 championship win, what was that feeling like knowing you had guided your team to a trophy as a freshman?

“It was an exciting feeling. I was proud, but I did not do it by myself. The offensive line played great, my receivers were making plays, and the defense was making stops all year. It felt like a team accomplishment, not an individual thing.”

What are you working on this offseason?

“This offseason I am working on arm strength, getting faster, reading defenses and becoming a better overall player.”

Which schools have taken interest in your play on the field?

“Boston College and Massachusetts have offered.”

Have you taken any unofficial visits yet?

How have the visits with BC gone overall?

“I feel like I am at home there, and they campus is not that far away. Being in the stadium is different. It is big, it is loud, and the stands shake. I have fun there. My jaw dropped the first time I was there. They bring a lot of people to the games, other recruits, they bring in star people and fans. They had Jason Tatum there one time; I was a little star struck.”

Are there any planned visits coming up you may take?

“I plan on going up to UMass; they were the first ones to start recruiting me. I want to go up there and talk to their coaches. I am going to all the schools that have come in to our school to talk to me: Ohio State, Penn State, West Virginia; I pan on going to their camps this summer. Hopefully they like me a lot at their camps.”

William, thanks for your time today and good luck with your offseason workouts.