One to Watch Interview with 2023 Georgia QB Lawson Hayes 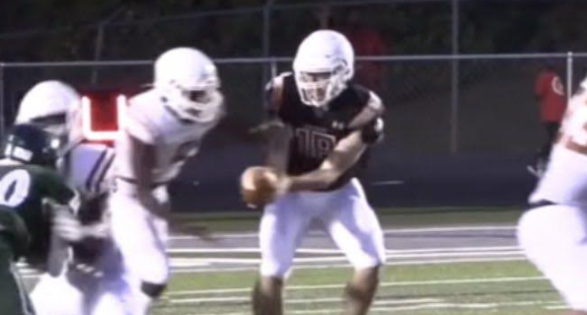 The 2021 season brings a new opportunity in the pocket at Lanier High School, and Class of 2023 quarterback Lawson Hayes is working to make it his. The 6-4, 220-pound, prospect seeks to take over the helm left by graduating quarterback Andew Blackford. Hayes spent his sophomore season running the Longhorns’ JV squad and his offseason fine-tuning his skills to take on 6A Georgia defenses.

In an RNG first-spin partnered with QB Hit List, Hayes talks about how he is preparing for a breakthrough season this fall.

Lawson, when they tee the ball up to start the 2021 season, what style of offense will you be running with the Longhorns?

It is a mix of a pass to a run game offense. We pass to set up the run. We do it out of the Spread in the shotgun formation.

To prepare for this role, how have you learned more about the game this spring and summer?

I watch a lot of film watching other teams and myself. I’ve spent hundreds of hours going over my own film, practices, and JV film trying to learn. More of it is watching myself read a defense and trying to understand what the defense will do.

What have you been working on with your technique this offseason?

Most of it is my speed and throwing motion. I am trying to get better at not holding the ball so tight on my release and improving my release point.

How did spring ball with the team go for you personally?

Our team needed a lot of work. Personally, it was almost as if we were not working as a family until the spring game. During the game we had issues and we had to figure that out, and we did that afterwards.

From that experience, what did you learn?

I learned that I need to be less harsh on my teammates and understand where they are coming from and to not centralize one person. I need to look at the group as a whole and work with all of them.

What have you been doing to build chemistry with your skill guys this summer?

We practice in the morning, lifting and running. We try to have fun doing it. Sometimes afterwards, I will go to a park and throw with them. We run routes that maybe they are struggling with or that I am struggling with and work on it.

Let’s talk some recruiting. Which schools are showing interest as you head to the 2021 season?

Did you get to visit any programs this summer?

What did you see and do during the Miami visit?

I got to see their weight room, the field, and met head coach Manny Diaz; he’s a cool dude. I met some of the players and toured the campus.

Very cool. Getting back to football; looking at the upcoming schedule, which games are you getting excited to play?

Buford, that is a big one for us. Dutchtown is our first game, they are a good football team Dacula is another one; they are a rivalry team.

What are you ready to showcase of your skills this fall?

My arm strength and my speed; people underate me on that.

What season goals have you set for yourself?

I just want to get out there with my team, I am more a team guy than for myself. I just want to help the team win. That is really only goal that I have, help my team win.

Lawson, thanks for your time today. Wishing you and the Longhorns success this fall.