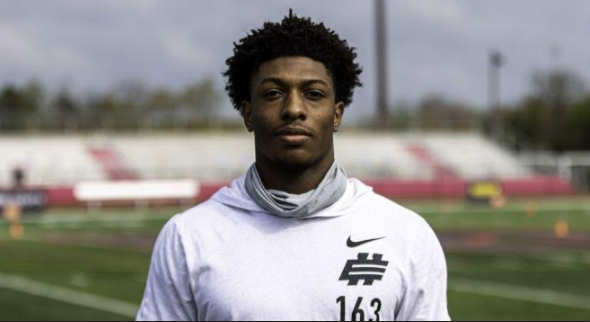 In all aspects of being a high school quarterback, Jalen “Jay” Morrison is achieving at a high level. Throwing for 1,653 yards with 19 touchdowns while rushing for 153 yards with five more scores posted on the board during Heights High School’s nine-game 2020 season speaks volumes. But Morrison (5-11, 193) has more going for him beyond earning 6A District Offensive MVP honors. The three-star Class of 2022 standout is a true student-athlete carrying a 4.32 GPA with a core GPA sitting at 4.42.

The Houston field general has camps and visits on the schedule, but is still waiting for school to be let out before tacking on more opportunities to impress college coaches this summer. Three area camps are set with a visit to Eastern Kentucky on the docket. To talk about it all, Morrison sat down for an RNG interview partnered with QB Hit List.

Jalen, the Bulldogs offense was a vertical attack, one that looks like a lot of fun to be in as a quarterback. How does the team’s offense fit your talents and abilities?

It fits my talents and abilities. We like to air it out when we can. I have a powerful enough arm and the ability to hit all the routes on the tree. I can also run, which opens up the rest of our offense.

When you were dropping back, which coverages were you seeing from 6A Texas squads?

Mainly Cover 2, 3, and 4. Some teams played man, but it was very rare that they would go man against us.

What were some of the routes you were connecting on within the scheme?

Most of the main ones were comebacks, digs, slants, goes, out routes, and hitches.

As a passing quarterback, once the 2020 season ended what did you feel were the strengths to your skills?

I felt that my release, my quick release, and my short, intermediate, and long passes were all accurate. I was making my throws on time and where they needed to be.

You have the speed to be mobile in the pocket, throw on the run, and take designed QB keepers for yards and scores. How did your footwork as a runner and passer become such a big part of your skillset during your junior season?

My sophomore season I did not run a lot. I realized if I ran it that would open up our offense more. Over the offseason I put in the work to get faster and quicker.

What have you been working on with the fundamentals this spring?

Mainly on getting more over the top with my throwing motion. Coaches were saying I had a push to my release, now it is over the top and fluid. I am working on my speed more. I am at a high 4.5 now. This offseason I am putting on more weight, I was about 185, now I’m at around 193.

How are you mentally preparing already for the 2021 season?

By watching film. We have a new offensive coordinator, but we will be doing some of the same things from last year but doing more RPO (run-pass option). I am going over the concepts with him at least three times a week, getting on the board, and working by myself.

Have you been to any national camps this spring?

Yes, I went to the Elite 11 Regional in Houston and the Under Armour camp in Dallas.

How did the Elite 11 Regional go for you?

It went well. I was consistent and my ball placement was where it needed to be.

And the Under Armour camp, how did that camp performance turn out?

It went well. My ball placement was where it needed to be. I was on time and threw with one fluid motion.

Right now, I only have three college camps scheduled: SFA (Stephen F. Austin), Trinity, and Houston Baptist. I have been invited to more but I am waiting for school to let out so I can go to camps outside the state. We don’t get out of school until June 11.

You have the offer from Eastern Kentucky, which programs are showing interest?

Are there any visits coming up for you aside from the college camps?

The only visit planned is to Eastern Kentucky, but I am planning on taking more.

Jalen, thanks for taking time breaking down your game and summer schedule. Wishing you the best of luck at the camps this summer.